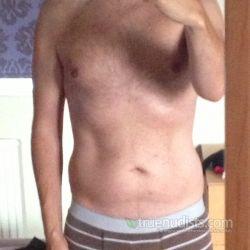 Im based in Norfolk, UK. First went to a naturist beach about 17 years ago and got instantly hooked. Just love the feeling.

Have been to lots of beaches since in France, UK, Spain and Croatia. Also love Holkham beach in Norfolk. Just tried Horsey for the first time and liked it. Have also been to a couple of spas and a local resort.

Im here to chat with like minded and open minded people from all over the world whether youre male, female, a couple, straight, gay, bi, trans whatever. I just like naked people and being naked myself :)

And yes, I am mildly bicurious and mostly happy to chat to guys. But Im also sapiosexual and demisexual. Depends on the person, and the day. My curiosity is low. I very rarely fancy men. Thought I I would add that after a couple of guys here got incredibly upset and wounded when I said I didnt fancy them. 99% of the time I would much rather talk to women than men. I always have, maybe because I grew up with sisters? I recently had a tantric massage with a guy and didnt really enjoy it even though it had been a fantasy. But Im willing to try again :) Would love to ideally find a genuine naturist masseuse in Norfolk or Suffolk.

So sure, lets have a natter about naturism, or sex if its appropriate, but Im equally happy to talk about vaccine poverty, social and economic inequalities, good dramas on Netflix, football, the future of Crypto or the downfall of the Royal Family. And many other subjects....heres to naked networking with the global community!

Intelligent women, men and couples. People who make me laugh but are cultured too. Basically, sexy, clever, funny naked folk :) Is that too much to ask lol.