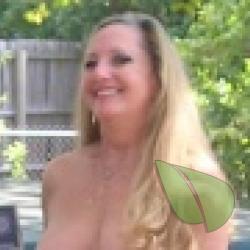 I am a nudist; first, last, and only. Anyone with anything else in their profile will not be considered a friend including the photos and groups on this site.I am founder and administrator of the Travelites Nudist Retreat and B&B, the oldest SC club. I have been a nudist for over50 years, visited more than 50 clubs, resorts, parks, and beaches. I've been active in the American Association for Nude Recreation (AANR) at the national and regional levels as well as The Naturist Society since 1987.I have held many positions and been involved in numerous activities to promote social nudist concepts. I am a member of AANR's Speakers Bureau as well as AANR's Marketing Program, and as part of the AANR Mentor Program, I have helped start more than 20 nonlanded clubs and at least two landed clubs. I serve as a marketing specialist with AANR's Marketing/PR Team and Mentoring Program. I was awarded AANR Woman of the Year in 1990 and the Eastern Region's member of the year in 2007.I have been a recipient of an AANR Educational Fund grant multiple times. While serving as AANR Liason with the Prodigy Online Service, I introduced countless people to nudism, actually documenting hundreds who made the step into social nudity. I am a member of the The Naturist Outreach Volunteer Advocate (NOVA) Program with The Naturist Society.I've held various offices in Southwest Region of AANR (then the Southwest Sunbathing Association) and was awarded Woman of the Year, 1992.Within the AANR-Eastern Region, I am the State Captain of the South Carolina Government Affairs Team and have held positions of Director, Public Relations Chair, Scholarship Chair, and conducted public community seminars on nudism. As Club Administrator for the Travelites, I have seen the club receive the following awards: Glen Eden Award (national) for the Most Outstanding publicity Event of the Year, 1993; O'Neil Award (national) Outstanding Public Relations, 1996; Largest Percentage Increase in Membership (ESA), 1996; Individual PR achievement award 2001.Endless efforts to promote nudism in my community and government relations involvement include: AANR booth at Mayfest, a community festival with attendance over 150,000 held in the SC state capitol from 1996 through 1999 when the festival was discontinued; Adopt-A-Highway Cleanup 1996 - 2002 that put the Travelites' name on primary roadside signage; maintain liaison with State House and Senate committees regarding legislation potentially affecting nudism; appeared before South Carolina House of Representatives Judiciary Committee in 1998, 1999, 2007, and 2008, regarding indecent exposure and other bills that were defeated or died in committee.I have done frequent interviews on local radio stations regarding nudism and nudist activities and provided information and press releases to local media of nudist activities.I have been invited to and lectured on nudist topics at the East Carolina University for the Sociology Department from 1998 - 2005 and 2008.Online, in my efforts to spread the word about social nudism, serving as moderator on several online forums and email discussion groups and contributing to numerous others.

I would like to get together with just about anyone at my Nudist Retreat or maybe over a cup of coffee r Meet me at www.travlites.info = Travelites Nudist Retreat for a soak in the hot tub or in summer, a swim in the pool.

nudism and its marketing, gardening, reading, interior design, my religion gets more important as I grow older

I think the last movie I saw in a movie theatre was Avatar, but there are many I've seen on the small screen.

My mom was the best of the best.