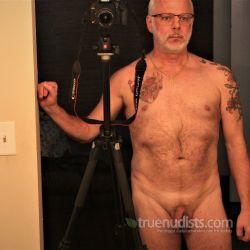 I'm a totally lame, boring guy. I used to be really interesting, but then I grew up. I don't know when it happened, either. I just woke up one day, looked in the mirror, and said, "Holy Fuck! I'm a fucking ADULT!" I try to make the best of it, you know. I don't FEEL old, or anything. I think I'm a teenager inside an old fucker's body. I just wish I could find the old fucker, and get my own teen-aged body back...

Kids
I have kids, but don't want them :)

Halle Berry. She's possibly the one actor I admire most in the world. Plus, she's still a babe, even if she is an old lady. I swear, I'd do Halle Berry, even if I had to borrow some other guy's unit to do it. Of course, the chances of me ever meeting Halle Berry are the same as the chance that I'll get elected President

I like outdoorsy stuff. Camping, canoeing, fishing, snorkeling. Especially if I can do them naked. I've been to the nude beach in Miami before, and loved it. There's just something about being naked, in nature, that's like a whole mini-vacation. One of the best times I ever had was snorkeling naked off the Florida Keys. Got my butt totally sunburned, but I really dug it. I also like things like archery, target shooting. Shooting of all kinds. I like things that go BANG! It's not as easy as they make it look in the movies. In the movies, the hero can shoot the worm out of an apple, left-handed, hanging upside-down from the wing of a supersonic fighter jet, from a thousand yards away, while the bad guy can shoot with his muzzle actually touching the hero's heart and still miss. It's not like that in the real world. Try it - I dare ya. It's actually amazing that some guys can fire rifles, and keep the projectiles landing within a half a minute of angle. (If you don't know what a minute of angle is, it's one sixtieth of one degree. Half a minute accuracy is pretty damn hard to do.)

Lord of the Rings, Black Hawk Down. The Last Temptation of Christ. Fucking hell... I've seen and done so many things in my own life that it's really hard for a movie to impress me. I really dug Apocalypto.

My heroes have always been cowboys... and they still are, it seems.