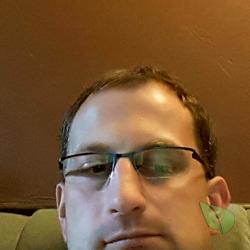 I have never been very good at describing myself, which is probably because I have an introverted personality. I am in a relationship, but she refuses to participate with me. It was why I was away from it for a brief while; socially at least, but a health scare reminded me that our time here is limited and I needed to make the best of it. so I got back into it.

I have been described as more of a hardcore nudist because I will wear so little even when the temperature drops. I might also be considered odd because I will always have some sort of shoes when I am outside. I've also had a part-time job at a club, It was a fair amount of work but I liked the uniform and wished my full-time job didn't interfere so much with it.

My job has been interesting for me and possibly for people who would likely have no idea what I do. Recently my job introduced me to Europe which was a lot of fun and very interesting. Went to a few museums and historic sites while I was there and will need to go back.

I have always liked being naked, ever since I was very little I remember finding opportunities to be naked. It is a way to relax and just be myself, I will come home and take everything off before I do anything and I won't put anything back on until I need to leave. If I am getting up in the morning, I don't put a thing on unless I am going somewhere and really it is a sign that I am in some really bad place that I am home and putting clothes on with nowhere to go.

So as I said earlier I feel most like myself when I am naked, it is how I relax and feel like I am me. I also mentioned that I am introverted which would be why I don't share or tell many people about this, granted it doesn't necessarily come up in normal conversation but even if it did I don't know that I would bring it up. But this is why I am here; I am looking for really anyone who would be interested in talking with me and getting to know one another. I don't know or necessarily care if we would ever meet, but I would like to have someone who I could talk to who I wouldn't need to censor the nude part of my life.I am not very good with the chat apps I don't do very well when it comes to reading and responding to a message quickly. So messaging through the site would probably work best.I don't care for a lot of pictures and if you need naked pictures of me, the ones you see here are about as good as it gets. They are up to date to show you what I look like if you want to trade pictures, cam or something along those lines I don't think I would be interested in that but thanks for stopping by.

Travel, some outdoors stuff like light hiking, swimming but only in filtered pools not-so-much creeks and things, campfires, other nudist resorts and clubs (I have only been to a few in the midwest would like to get out more), I was really into cars and all things mechanical for a lot of years but I think I have calmed down over the years