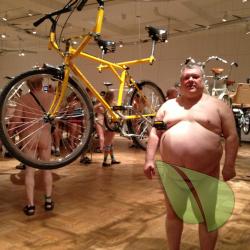 I like to play in water, frozen and fluffy or warm and splashy, but don't do it often enough and have been gravitating towards the latter, particularly as it's more conducive to avoiding clothing ;-) A bit of a nerd, being in computers since the late 70's. Friendly, not easily offended, kid at heart, and would really like to get to know more nudists. I love the outdoors, but arthritis limits my walking these days.

I put 23 years as a nudist, but it's a grey line (and moving as time passes ;-) ) --- I started sleeping nude around 1970 (12ish), did a little nude hiking in my early teens, waiting until after the morning shower to put on clothes when I moved out in college (late 70's), leaving them off when I wasn't going anywhere shortly after college (83) when I had a roommate who was also a casual nudist, discovered nude beaches and groups around 1990, and early in the new century started taking clothes off whenever I am home without clothed visitors. For the last few years, 2010ish on, I've been actively seeking places that don't require clothes to go to when I travel.

I only friend people I've actually talked to and think we might actually be friends if we weren't on the far side of the planet from each other. It doesn't take much, but I do like to get to know people at least a little bit. I like to meet people though, so please feel free to message!

Ideally, Mr Right - it would be nice to find a gay chaser nudist who likes swimming, reading, scifi, and travel. There have to be some out there ;-). But will settle for other nudists I get along with and can be social with. I don't friend people for the sake of racking up a score, I have to actually know and like you to call you a friend, but I'm quite open to messaging and getting to know people and then friending you. I am more interested in people close enough that we could actually engage in nude social activities together.

astronauts, those who stand up and say *that's wrong!* when someone is being bullied or oppressed or otherwise in defense of civil rights