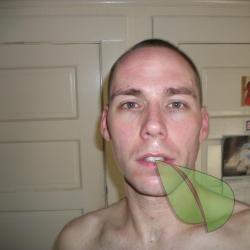 Hey, names Billy, I'm an average, outgoing, adventurious dude seeking the same. I am mainly interested in guys due to me being mostly attracted to the male gender lol. However, I would not oppose to meet some women as well. If interested in knowing more, feel free to get at me.

Seeking mostly men, but some women, for friends, dates, casual nude/non nude gatherings etc. I definitely seek adventure and excitement. Though I like to live it up and let loose, I also have times where I like to chill and play that "homebody" role. Hit me up ppl!!Peaceout!!

I get into performing art, such as being involved in acting, film, and music. I play guitar and love jamming out. Currently, withhold a Bachelor's in arts, with a concentration on Media Production. Aside from media arts, I love being outdoors, hiking, camping, and anything to do with being in the water is cool. Keeping physically active is a favorite passtime as well.

I tend to like alot of Drama and Comedy, and action movies with suspense. Movies like all the Batman flicks to older comedies such as National Lampoons Vacation, old skool, but classic! Good Will Hunting is also a fav.

I listen to, and influenced by alot of rock, alternative, pop, punk, even metal. Bands include: Nirvana to Green Day, Aerosmith to Metallica. you will also catching listening to some Lady Gaga to Madonna, and Pink I love her attitude!