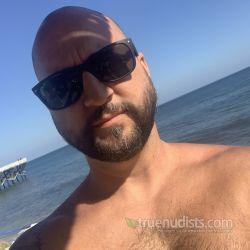 ***********I REALLY WISH TN DID A BETTER JOB ELIMINATING FAKE ACCOUNTS. If you request me and your pictures look "pro" or your profile is not filled out and then ask to "hangout", just know that there is such a thing as "Google Reverse Image Search". **********

I've always been a nudist at heart, I like to be naked as much as possible. I'm single after a 20-year marriage that just ended and I wanted to find a way to express a part of me that most people in my world don't know about and connect with people with like minds. (I didn't say I was single because I'm on here looking for dates, the point is, I'm exploring who I am after a 20-year marriage)

And while I'm being open and honest, I'll add something else that I haven't really admitted before, mainly because I grew up in a very religious home and also because of the double standard that I see when this phrase is used for a man. Although I believe that everyone is on a spectrum of sexuality, if I have to put a label on myself, I would have to say I'm bi-curious. And although people rarely question a woman when she says that, I've heard it said in conversations and even in movies and pop culture so many times that "if he says he's bi or bi-curious, that means he's really gay so stay away ladies". Which is such a double standard to me and not true in many or most cases. I love women too...and 95 times out of a 100 I'm gonna be more attracted to them...I'm just admitting that I'm open to exploring what life has to offer and I'm no longer closing down options based on societal bs. Wow, that felt good.

DISCLAIMER WARNING: all institutions using this or any Adult Friend Finder site or its associated sites for projects - You do not have permission from me to use any of my profile or pictures in any form or forum both current and future. If you have or do, it will be considered a violation of my privacy and will be subject to legal action.

People who have found themselves and are happy. Living in LA, I'm so tired of fake people. I'm trying my hardest to be real after living in confusion for so many years.

I like to be outside, especially at the beach and whenever possible naked. I like to cook. I like to watch tv and movies. Netflix and Chill is a great night for me. I like to play music and also listen to it whenever I can.

I like tons of movies. I've been into the John Wick trilogy recently.

I have a very wide range for my musical taste, from Outkast to Johnny Cash and many in between.

People that try to make the world a better place.