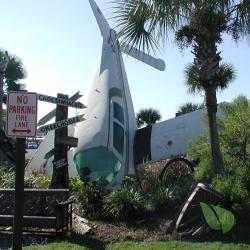 I've been a nudist/naturist since I was a kid but, back then, I just didn't know what it was called. I DID learn early, however, that clothes are compulsory on occasion to get along in life. But I always felt more comfortable and free when I was out of them. So in my childhood, my nudism experience was limited to my backyard, deserted beaches, sailing, and skinny dipping with my little friends. Then, as an adolescent, mostly either alone or with just a girlfriend. It was not until I became an adult that a former girlfriend introduced me to organized, social nudism. It fit perfectly with my personal nudist philosophy and I've been a supporter ever since.

In a nutshell, I'm here to communicate on the Forums and Groups, and hopefully make some genuine platonic true nudist/naturist friends. I'm absolutely not here for sex or to gawk at people's photos, other than to just see who I'm communicating with. I've posted a shot of myself for "Friends" so you can see who you're talking with, as well as recognize me if we ever meet in person. I'm currently in a long term, long distance, relationship with a non-nudist girl friend, with whom plans are currently being made to move in and live together. Oddly enough, we'll be living in central Florida (nudist country) where she was born and raised, and will give me more opportunities to make friends at resorts and beaches there. (UPDATE: The "plan" has now moved past the planning stage. We've bought a home, moved in, and sharing life with each other). Although she is always happy to make friends, she will probably not choose to join me at resorts or beaches. Obviously, she is fine with my nudism, as well as nudism/naturism in general, and I hope she will join me in the lifestyle someday but I'm not counting on it. Point being, I'm currently half of a committed couple and not looking for any other "relationship" other than platonic friendships. And I have no hidden agenda here. I'm just here to meet and communicate with like minded genuine nudists/naturists of either gender who's interests beyond naturism are similar to mine.

In the pass time department, the biggies are boats in general, and sailing or paddling in particular. Also, camping, hiking, bike riding, and skinny dipping in either a pool or while relaxing on a beach. Have Hippie Van for travel (2017 version with conversion in progress). Beyond that, I'm a fixer upper and enjoy puttering around my shop. I even enjoy yard work and/or gardening. Funny how naked work just doesn't seem like work. Anyhow, that's an abbreviated list. There's a lot more so just ask.

I tend to sleep through Hollywood blockbusters. Indie films seem to have a better shot at keeping me awake and interested. I enjoy documentaries though. Even the biased ones peppered with misinformation. They make me wonder about the doc maker's agenda but, more importantly, inspire me to research the subject further in attempt to sort out the truth or at least hear the other side of the story.

It varies with my mood. On the other hand, music is great for changing one's mood. I'm good with Classic Rock, Blues, Jazz, Blue Grass, and a few Country songs. I also enjoy Celtic music, and especially if I can find it on the radio on an Interstate trip. Makes the miles fly by.

In the process of whittling it down to a manageable number, although my dad will be at the top of my list. I'll get back to this later.