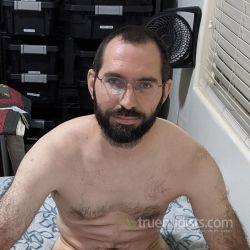 I am an old nerd. I love science, health, computer programming, and music. I am a good and supportive friend to people close to me, except that I am not good at keeping in touch over a distance. I love God and I love people generally and I think this fits with why I became a naturist/nudist.

I grew up a somewhat conventional member of The Church of Jesus Christ of Latter-Day Saint -- "Mormon" is inaccurate and will likely confuse most people with the widely diverse rumors among Christians. I could have just said "Christian", but then eventually someone would ask why I didn't select Mormon when it was available -- too much to explain. I still actively believe in Christ and, perhaps ironically, it is with a determination to serve him and spare my children the trauma and suffering I have labored that I joined the Naturist/Nudist way of life. I have always been a bit open minded and wished I could walk freely without clothes on, but I think I was mostly alone in that. I would never have committed completely and embraced a change so likely to make me suspected and reviled by my beloved religious community and family had I not been writing in my journal and notes for a book and had a massive epiphany or revelation of what was happening all my life that was causing my needless suffering and how it might be corrected. The solution: nudity, more or less being raised to see nudity as a normal behavior of trust and not sexually meaningful. Combine that with a proper education in sexuality and then my kids shouldn't have to learn everything the hard way.

Honestly, my moment was such that it was inadequate to do less than 100% what I had previously believed to be unnecessary or immoral once the truth was there in my head. It was the only way... granted I originally calculated that only open bath/shower time and changing clothes needed to be a time of shared nudity within the family, but emphasizing that and still wearing clothes thoroughly would have been confusing for my children and possibly inconvenient for my spouse and me, so...

I still do not believe in nudity or immodest clothing, etc. in situations where other peoples nudity-sexualized perceptions could compromise their spiritual well being and cast suspicion on my intentions for doing so. Paul, the apostle, speaks of attitudes on eating meat that was sacrificed to false gods. He says that he would rather not eat the meat than cause his fellow church member to suffer because of their seeing meaning in it because of their mental programming. People are going to assume bad things because they can't help it. Anyway, I want to educate people before helping them move from their unhealthy mental frustrations and judgments. I don't expect to convert people to nudism, just to realize that "casual" nudity within the family is healthy and lacking in modern America, and that media and prudes alike are way to sex-focused.

I want to write a few books to save kids from the trauma of knowing nothing or too little about their sexuality, and to save people from suffering because of the popular conditioning that sex = nudity and nudity = sex. Teens won't have to grapple with looking like sexualized young models for wearing the fashion available in stores, at the very least, If I make enough progress.


Okay, so I am a little obsessed and mission oriented, but I like to have fun and defocus too, I'd hike a lot, but my knees have been injured, so I am a little more partial to bikes/trikes when my parents organize it. I fix things and craft mini creations or hacks for convenience or need. I prefer to maintain a peaceful environment.

I was married, now divorced for years, but still great friends. It was a tragic tale that was just one more product of the things I want to improve. Unfortunately, since I believed firmly the wrong way before my big enlightenment, I expect the people closest to me in family and religion will react in an unaccepting and condemning way to my life-style change. At least my family is loving and tolerant enough that they might just meet my nudist friends or could-be family. To as many as are not nudists, I plan on behaving the same anyway, so I won't likely have to tell them for a long time.

Ask me to add something more if I overlooked too much of anything in particular. I am happy to share contact information, but online with my profile public? I've decided to take the risk of spam...

My email here is skin@micahwelf.us, elsewhere, if I have reason to try to limit cross-tracking between sites or to keep some social groups separate I may use nude at wwwmelf dot com. These use my host names, so I can create or delete email addresses there, but I try not to delete unless overloaded with spam and the like. I am notified of any such incoming mail, so it is not missed because I have too many emails or whatever. They actually help me to manage the enormous volume of email I get every day. I am a programmer, a participating church member, an employee, a small business owner, and a student, so if you want to contact me socially as a nudist, use skin@micahwelf.us. Thanks!


... Not sure what home-town is for (like childhood home or now) ... So Puget Sound, or Southern Utah.

I like a lot of people, but eventially I want to marry someone who supports the same goals of raising a happy family with the principles and blessings of God to give them the greatest potential for life. Kind people who appreciate some measure of religious discipline and good companyI want an eternal family, so please consider if you/my-ideal-person are interested in eventually attending a temple of my church for a marriage sealing. I am a flexible person, but I think that is to important to not plan for from the start.

Computer programming languages. I study the scriptures. I can cover a lot of different topics and I usually have details

Captain Marvel, Cybergirl (2001 TV show), Star Wars, Twilight Saga, Harry Potter, A Walk to Remember, ; partial to vampires (not the dark and scary normally); appreciate romance, as long as it is not irritatingly immoral; love science fiction, sometimes so I can analyze it for plausibility or what if questions. 'I am Mia'; sometimes I like good quality - not brainlessly rude or uninformative - family or kids TV shows. They have a peaceful, positive way of raising moods. Since my epiphany, I'm not sure how I will feel down the line.

I prefer clean music that I can hear without thinking "I don't agree with that!". Classical, Hip-Hop, Celtic, Rock, etc. A little picky about message musically and lyrically, but not genre.

Least to Greatest: History notables, most comic Captain Marvels (not all), my grandmothers, my old mission president, and some I won't even mention for reverence.