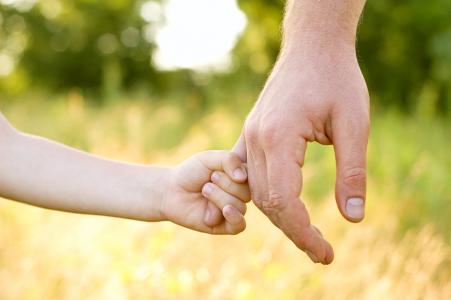 In todayÂ€Â™s age of sexualizing anything to do with the naked body, it can be hard to think of nudity as a family-friendly activity. Those who are not familiar with naturists may find it inappropriate for parents and children to be doing anything together while not fully protected by textiles, but the truth is that childrens natural state is to be naked, and its the adults who make them feel as if they need to put on clothes.

If we get back to nature, we may just create a better world, void of so many hang-ups of Im not good enough.

If you spend time with any toddlers, you know that they love to walk around naked. Sometimes, its hard to even keep clothes on them!

At some point, though, most parents make their children wear clothes, and the innocence they had before is covered with shorts and T-shirts and with shame.

This repeating history of viewing the human body as shameful can be traced back to the story of Adam and Eve, who were happy in their nudity until awareness hit, at which point they rushed to cover up.

When children are taught to cover up, its usually under the auspices of modesty and whats culturally appropriate.

Around the age of four or five, parents who were naked with their children in the pool or shower are suddenly pushed away from that comfort. All of a sudden, that natural state is made wrong, and children feel ashamed.

Instead, why not continue with that natural state and allow children to stay naked?

They understand societal expectations, so its easy enough to tell them they cannot go to school without clothes, but at home, being nude is just fine.

Children will learn to feel pride in their bodies and in themselves.

Children learn much from their parents, but they are highly influenced by their peers as well even from an early age.

Introducing young children to other nudist families can go a long way to normalizing nudism as children get older.

Creating a community of other nudist families also teaches children to judge others on more than their body shape, looking instead to who they truly are.

While too many people think that normalizing nudism will create a sense of heightened sexuality in children, teens, and even adults, the truth is typically the opposite.

By allowing children to choose whether or not nudity is right for them, youll strip away all of the taboos they usually associate with their bodies as they grow and change.

Raising children in a society where nudism is normal could just create a whole generation that is more confident in themselves and more accepting of others.Tags : Family, Naturism, Nudist, Nudity

Please login to comment
Load 4 more..
* The views expressed in the article and in the following comments are of their respective authors and do not necessarily represent or reflect the views of this website's owners